Governance for our two schools, Centre Academy London and Centre Academy East Anglia, brings together the heads of both schools and the proprietor.  In essence, the membership of Governance provides significant expertise in education, in SEN, and in all aspects of each of the two schools. It also brings together those persons who can action proposals and changes. Finally, it provides a direct link between Governance and the school. The CA Schools Governance has earned praise from various key bodies, including ISA, and Ofsted. Governance for the CA Schools provides the following: clarity of vision; understanding of the Ethos of the Schools; ability to hold school leaders to account; strategic leadership; financial health; cultural values; collaboration with stakeholders.

Chair of Proprietor Board

Rohan Murphy is the Chair of our Proprietor Board. Rohan graduated from Trinity College, University of Dublin with a B.A. in Business and Economics. After this he went into finance working for a global insurance company where he gained his Chartered Financial Analyst accreditation. Rohan was a fund manager and analyst working on equities with a focus on energy.  A large amount of his time was spent working on the energy transition and investing to solve the climate emergency. Rohan has been involved with the Centre Academy Schools for many years as an interested family member however in 2022 it became a full-time role.

Mrs Gilbert joined CAEA as the schools SENCo and a member of the Senior Management in 2018.  Mrs Gilbert has experience as an educator in special education and mainstream settings.  She is a highly qualified professional and has a passion for special needs.  In October 2022, Mrs Gilbert became the Head of School and continues to lead CAEA forward into ensuring our students thrive and achieve.

Mrs Lee-Douglas has over two decades of experience as an educator, with a background that includes Early Years, Primary and Further Education, Special Education in both mainstream and SEN settings, and specialties in Autism and Dyslexia. Her administrative and managerial experience embraces positions as Head of Inclusion, Specialist Leader in Education for SEN, and diagnostic leader for students with Dyslexia. Mrs Lee-Douglas has a long history of training SENCos and in preparing schools for Ofsted and other inspections. She currently also serves as a teacher of English and History. 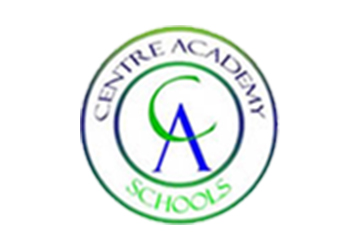